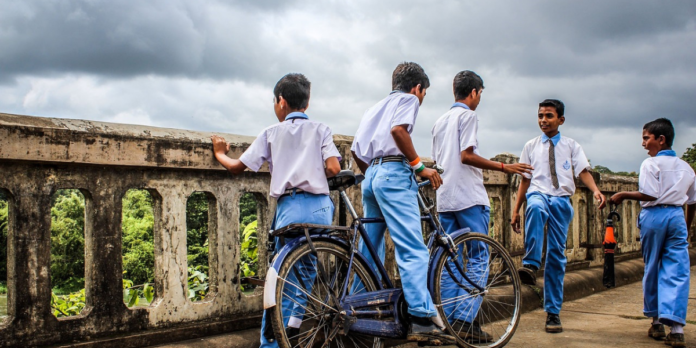 There is no denying the fact that education has a big role in shaping an individual’s personality and developing the society and country at large. India has registered good growth in the literacy rate in past few years. But having said that, it is not able to be in sync with the quality of education that is needed in the modern times. Going a step further, we can ponder on rural communities and the impact of quality education in those areas.

According to statistics, nearly 69% of India’s population resides in rural areas. Therefore, it is extremely important to provide education in rural communities. This entails developing schools and imparting knowledge and education to the rural children. These continuous efforts would lead to healthier, better and sustainable future. A good rural education can result in healthy outcomes, enhanced quality of life and an improved overall complete human development for the people and country.

A recent survey report titled the Annual Status of Education Report (ASER), more than half of the students studying in rural schools are incapable of studying even a second standard textbook and solve a simple, basic maths question. This is a shocking finding that depicts the huge divide between rural and modern education in India.

There are various reasons that have resulted in the crippling of rural education in our country.

There are various micro and macro lacunae in the rural educational institutions. The key here is to ameliorate the rural education system by commencing smarter and modern techniques and practices. These would help the children living in rural areas to come at the same platform as that of living in urban areas.

There is no denying the fact that rural education is extremely important for the development and growth of the nation. There indeed is also a gap between the rural and urban education in India. However, with an honest will and concrete efforts we can bridge this gap and build a common dais with education playing the role of unifying bond across the nation.