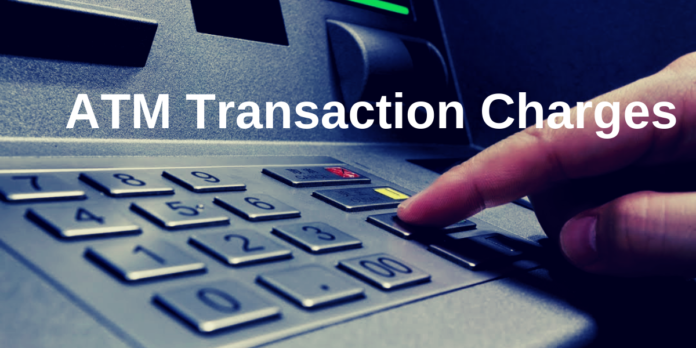 For most of us, ATMs are the de facto touch point with the banks. An ATM machine is so common in our lives that it is almost impossible to imagine a life without it now. Many of us would still remember our first ATM transaction.

Considering the monetary policy announced by the Reserve Bank of India (RBI), the ATM interchange fee structure would determine the charges paid for using the ATM card at the bank ATMs other than the issuing bank.

What is important here is to understand what counts as a ‘transaction’ on an ATM in banking parlance. In most of the cases, a transaction comprises:

Almost all banks provide a fixed number of free ATM transactions per month. If the customer avails ATM facility more than the fixed free ATM transactions, the bank charges a nominal fee. RBI has announced in the Statement on Development and Regulatory Prices, ‘Usage of Automated Teller Machines (ATMs) by the public has been growing significantly. There have, however, been persistent demands to change the ATM charges and fees. In order to address these, it has been decided to set up a Committee involving all stakeholders, under the chairmanship of the Chief Executive Officer, Indian Banks’ Association (IBA), to examine the entire gamut of ATM charges and fees. The Committee is expected to submit its recommendations within two months of its first meeting. The Composition and Terms of Reference of the Committee will be issued within a week.’

Major and biggest banks in India – SBI, ICICI, HDFC and Axis- have agreed to levy extra charges from their customers for cash transactions exceeding the specific limits and for certain facilities which were free of cost till now. Experts are of the opinion that these new charges are aimed to discourage cash transactions through banks.

Below is a breakdown of necessary information regarding the revised ATM transaction charges. You must read this thoroughly of you hold account in any of these banks.

There are some terms and conditions that you must know here:

How to avoid ATM Transaction Charges

Well, ATMs are here to make our lives simpler. But if this usage comes at a cost, it comes across as a stress inducer rather than stress resolver. But with some smart tips you can reduce this stress and avoid ATM transaction charges.

The banking controller RBI has laid down certain rules for free ATM transactions.But after a clarification issued by the Apex Bank, the current ATM fee structure levied by banks was reviewed. The six-member committee gave a sigh of relief to many customers who availed ATM facilities multiple times in a month.

RBI has asked the commercial banks in India not to consider failed ATM transactions owing to technical reasons and non-cash withdrawal transactions like cheque book requests or balance enquiries as free transactions for the customers.

Currently, the customer must pay for the failed transaction because of technical reasons and/or non-availability of cash in the ATMs. This leads to the exhaustion of the free monthly transactions. Now these transactions shall not be counted as valid ATM transactions for the customers.

Some important things to note while ATM Transactionbank here are:

We have tried to explain the ATM transaction rules in detail. However, for any clarity, it is suggested to get in touch with the respective bank and ensure a seamless and stress less transaction and dealing.

Wanna Be a pilot?Is it your dream job