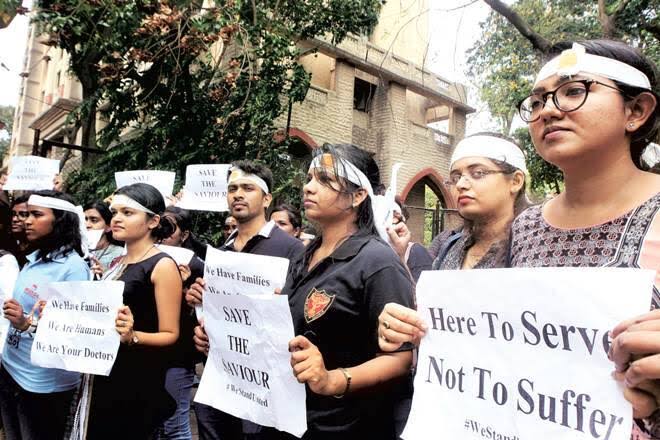 “We have given 48 hours ultimatum to Chief Minister Mamta Banerjee, Chief Minister of West Bengal. We demand that demands of doctors should be accepted; otherwise, we will all go on an indefinite strike. “

Earlier, the Indian Medical Association (IMA) had called a nationwide strike on 17th June with a nationwide protest starting from June 14 for three days. The IMA demanded a law to investigate the violence against doctors in hospitals. The organization says that those who violate it should have a minimum sentence of seven years in prison. In Bengal, so far 300 doctors have resigned, in which 175 doctors of the SSKM Hospital in Kolkata have resigned collectively.

• CM Mamta Banerjee should apologize on the statement given to doctors
• A statement should be issued condemning the attack on doctors.
• Police inactivity should be investigated
• Action should be taken against those attacking doctors
• False charges against junior doctors and medical students should be withdrawn
• Armed policemen should be deployed in hospitals

Earlier, the strike that started after the incidents of violence against doctors in West Bengal got support from the country on Friday. Doctors from Delhi, Maharashtra, Rajasthan, Punjab, Madhya Pradesh, and Bihar protested. The Delhi Medical Association announced the closure of the day. 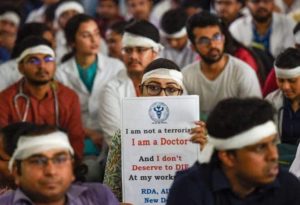 Doctors of Jaipurpuria hospital in Rajasthan tied black band at hand to do duty. Doctors of the Nizam Institute of Medical Sciences in Hyderabad took out a protest march Resident doctors of Dr. Bhimrao Ambedkar Hospital in Raipur performed with the slogans of ‘We Want Justice’. Members of Indian Medical Association Trivandrum in Kerala also protested. The Doctor of Government Medical College, Nagpur also performed. In Delhi, protesters continue to protest.

The first Poster of Kalank is out in the open and...