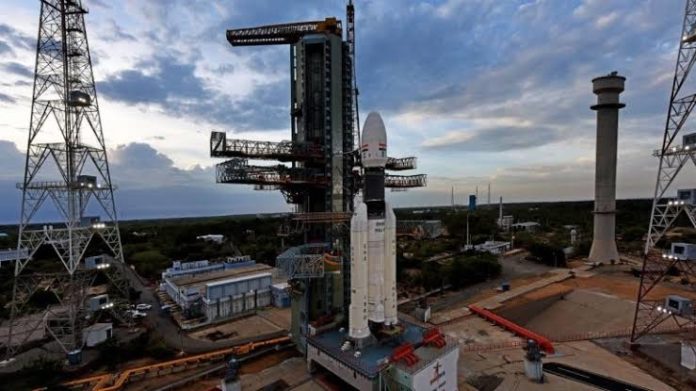 ISRO is about to set new goals with the relaunch of Chandrayaan-2.ISRO is preparing to launch craft to Moon’s Orbit by Sunday afternoon July 21st ,2019.
Chandrayaan -2 will be the second mission to attempted by India to reach Moon orbit. The discussion on the launch date was done earlier by the ISRO team.

Earlier On 14th July 2019, ISRO announced on twitter the launch.
The live coverage link and details were shared by ISRO official handle on twitter.

1 hour to go ! #Chandrayaan2 #GSLVMkIII #ISRO
Watch the live telecast from 2:30 AM IST on our website https://t.co/7JSCOfe36a and on DD National.
Live streaming also available on:
Youtube: https://t.co/HCTiN8N3My, Facebook: https://t.co/CRR2We62Bn

Due to technical issues, they canceled the launch event and planning to relaunch it on July 21st or 22nd July 2019. All these details are shared by one of the team members of ISRO.
The official announcement of the launch is still pending from ISRO.