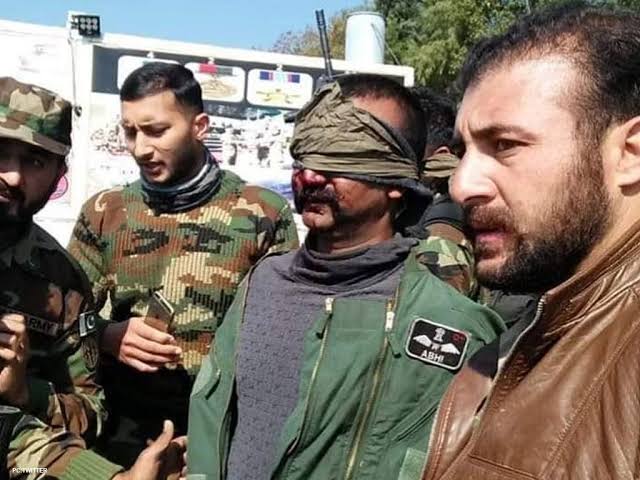 Pakistan has claimed that it has taken down two aircraft of the Indian Air Force and seized two pilots. Pakistan has published a video claiming it is an Indian pilot called Abhinandan.

In the video shared with Pakistan, an individual wearing a flight suit is heard saying that he is Wing Commander Abhinandan. He is blindfolded and gives his service amount. He asks if he is in the custody of the Pakistan military, saying he has the right to understand this. He will not answer questions.

The video was relased following a media conference held by spokesperson of the Pakistan armed forces Important General Asif Ghafoor. in the press conference, Maj Gen Ghafoor said Pakistan had no option than to give a response to the airstrikes from the Indian Air Force in Balakote on Tuesday (February 26). Major General Asif Ghafoor claimed that Pakistan Air Force shot down two Indian Air Force planes morning. He said among those aeroplanes dropped in Pakistani territory while another fell in the Indian side.

He said the intentions behind the attacks carried out by the Pakistan Air Force was “not to escalate tensions” but to tell “India that we have the capability” to retaliate. “Pakistan armed forces have the capability and resolve to defend its interest. But we are a responsible nation and want peace. This morning we decided that we will not attack any military targets. We decided that no human life should be endangered in our strikes,” Ghafoor said.

Ghafoor said: “We decided that we will not attack any military targets. We decided that no human life should be endangered in the strikes. We did not want to give the impression that we are an irresponsible nation. The intention was to tell we can retaliate, but we won’t go to war at the cost of the region’s peace.”

Why organic farming is in trend now days?