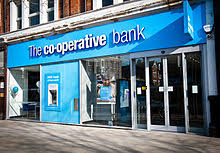 Cooperative Bank, an institution based on cooperative basis, dealing in banking related activities, which differs from joint stock banks in fundamental organisational and operational structure, were started in India to deal with rural credit, but were soon adopted by many, primarily due to high return rates. One such bank PMC (Punjab Maharashtra Cooperative) Bank came under scrutiny, this year, due to a Rs. 4355 Crores scam.

The scam left many hopeless, some even took the road to end their lives. Whilst many arrests have been made by Economic Offences Wing, of Mumbai Police (the arrest of three directors in the first week of December), and measures of damage control have been taken up to reduce the harm, nevertheless the pain still sustains. This agony is now seeping into the whole of the co-op banking sector.

The state of co-op banks continue to deter in the current fiscal, with a slight improvement in 2019 fiscal. The primary cause was the event of PMC being hit by the fraud. A moderate improvement, though, was shown by Urban Cooperative Banks in their asset quality owing to the shortfall in the gross nonperforming assets (GNPA), in the fiscal 2018-19, but the ratio of GNPAs has become progressively worse in the first half of fiscal 2019-20, from 6.4% to 10.5%, indicating the crimes in the fraudhit bank, said RBI. Reserve Bank’s report on ‘Trend and Progress of Banking in India’ noted that although the fall in interest income has adversely affected profits, there has been a slight improvement in asset quality and provisions, which was owed to the fact that the deposits grew in 2018-19 that financed the pick-up in lending. According to RBI, the cooperative sector, for quite a long time has enjoyed a dual regulatory system which has resulted in little supervision. The RBI says it now needs a single regulatory system.

The Reserve bank has shown it’s concern over the fragility of the indicators of regularity of cooperative sector. It has expressed anxiety and has said that the recent irregularities have opened the issues of low capital base, weak corporate governance, inability to prevent frauds, slower adoption of new technology and inadequate system of checks and balances.

The report concluded that there needs to be established an umbrella organisation that will  provide liquidity and capital support to Urban Cooperative Banks, and it is of utmost priority to establish a strong regulatory and supervisory system.

Major Android Phone Launches In The last Week Of December 2019