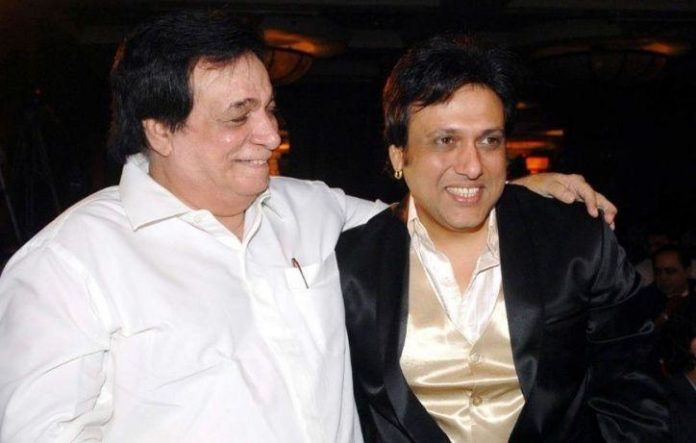 Kader Khan death is shocking news for the industry. Everyone is paying tribute to veteran actor Kader Khan. Govinda is one of the co-stars of Kader Khan. Kader Khan and Govinda worked together in approx. 40 plus movies. They were a nice combination of a father-son, Friend character in the Indian film industry.Govinda said while giving tribute to his ustaad that “Kader Khan sir is no more with us. He was not just a mentor but also a father figure to me. He had such finesse that whichever artiste he worked with or collaborated with, became a star, in fact, a superstar. The entire film industry and my family cannot express the loss in words. I pray to God to grant peace to his soul, and may he find a place in heaven.”

“Please ask Govinda how many times he inquired about his ‘father figure’s’ health. Has he even bothered to call us even once after my father’s passing away? This is the way our film industry has become. There are no real feelings for those who have contributed to Indian cinema when they’re no longer active.”

Kader Khan was suffering from illness and health issues. He was in touch with Amitabh Bachchan after leaving the industry. When he was hospitalized, Amitabh wrote for his speedy recovery. Sarfraz said this industry never love the people who have given his entire life. Nobody connected to Kader Khan except Amitabh. Kader Khan has given so many years to the industry, but no one was his support from the Bollywood. Kader Khan 3 son lives in Toronto, and they were very close to their father.

Indian Edtech Startups Could Get A Huge Boost Due To China’s...

Safe Workplace tech is the icing on the cake for a...

Want To Become A Security Engineer?Know What they actually do?