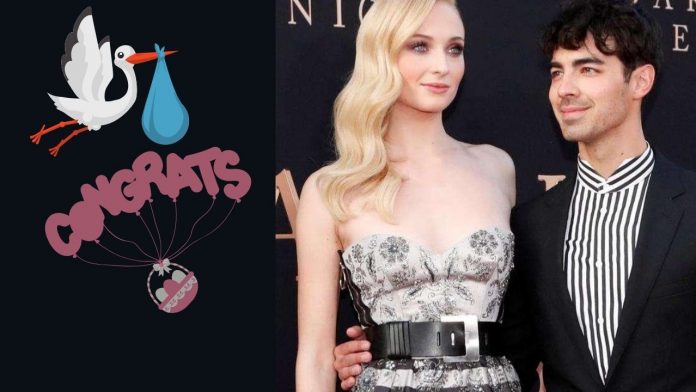 Congratulations to Sophie Turner and Joe Jonas! The “Game of Thrones” actress gave birth to her first child along with her husband Joe Jonas. The renowned couple, Joe Jonas and Sophie Turner , have tried to keep their private lives out of the media. But as both figures are recognized worldwide it is inevitable to be aware of them. This is how it was revealed that both have already welcomed their first baby. A source close to the couple also said that Turner gave birth to a girl on July 22, Wednesday.

According to American portal TMZ, who was the first to report the news, the couple decided to name their daughter Willa. Turner and Jonas, 30, celebrated their marriage in May 2019, and have since maintained privacy since the pregnancy was first revealed. The two never officially confirmed the pregnancy, although Turner’s tummy has been clearly visible on camera.

The news of Sophie Turner’s pregnancy was released in February and in March they were both seen shopping at a kid’s store in Studio City, California. In May, Jonas discussed spending time with his wife during the quarantine. We are having a good time. We got married last year, so we’re new to this, we’re still getting used to it, “said the singer during an appearance on SiriusXM Hits 1.

Both Joe Jonas and Sophie Turner tried to keep the secret of their pregnancy, but the paparazzi were more skillful and a few weeks ago caught them walking, where undoubtedly Sophie showed her expecting tummy. And now, both of them have become proud parents.

Willa is the name of the little girl, who was born last Wednesday, July 22, but it was not until now that TMZ released the news worldwide. Something that has undoubtedly put social networks on its head, especially for all those fans of the couple

Irrfan Khna Died at the age of 53 due to cancer