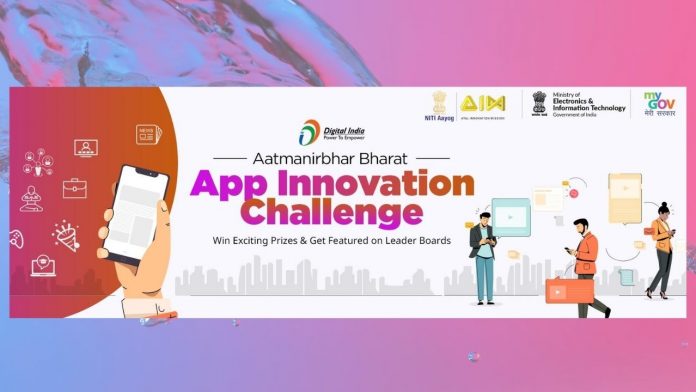 What is Bharat App innovation?

With the ban of plenty of Chinese Apps, honorable Prime Minister of India Narendra Modi has launched Bharat App Innovation challenge with a target of multi-trillion dollar App economy. Indian App Eco-system will get a kick start due to such innovation. Ministry of Electronics and Information Technology has jointed launched the mission with Atal Innovation Mission. Government think-tank Niti Ayog has also participated in this mission. Incentives will be provided to the startups that are manufacturing Apps. They should make innovative world-class mobile applications that can benefit not only India but the whole world. Whether it is a remote area or small town, everyone will get equal opportunity regarding app manufacturing. Many applications have been submitted when the announcement was made. This is the best opportunity by which the India companies and software developers will turn India into the more innovative ground. Software companies will now give efforts for training and expertise to the employees on a large scale.

The categories coming under Bharat App Innovation are as follows:

How can you qualify for the Bharat App Innovation Challenge ?

The winners will be declared after termination of the Innovative Challenge. They will win cash prizes and rewards. The winning Bharat App Innovation Challenges will be featured on the leader board. It is the first phase of the competition regarding App innovation. The winning prize is given for three places:

There is also an arrangement of a cash prize if the winner is getting a leading position in the sub-category. It is a lucrative opportunity for attracting the talent of the country. The participants should submit their applications online in the official website of the government. The competition will be conducted in two stages:

Recently there have been some issues of privacy concerns with Zoom App. Hence it is now very important that alternate apps are made especially the video-conferencing apps so that there is no issue of cyber threat or data leakage.

The second phase of the App is the identification and encouragement of Indian interpreters to perform the following activities:-

Current status of the App and entries:

6,940 tech experts have submitted their application till 26th July after Narendra Modi announced the competition towards the beginning of July. Individuals, organizations and companies are the applicants. The applications submitted by individuals are mainly either ready to use or they are under development. The companies that are participating have some of their apps deployed and others are under development. There may be sub-categories under each category. It will be a solution to a problem statement like anti-virus programs. Seeing the enthusiasm among the techies, it is obvious that it is going to be an interesting game. Software engineers are in this field of App making for a long time. They do participate in some competitions but they are not so large in scale. Due t lack of recognition and encouragement, they try to shift abroad and work for global companies. But this is not going to be the same now. New Indian startups Stories will get enough funding and incentives for developing useful apps. Modi Government has undertaken this App Innovation challenge under the initiative of Make In India.

How Bharat App innovation challenge will be helpful in Atmanirbhar Bharat?

With the current war-like situation with China, India is not going to give any kind of privileges to the Chinese product’s sales or Apps. But the question comes in mind. Such a drastic decision can affect the daily life of Indians. But the actual reason is the cyber threat. China gets maximum App users from India. Hence the personal database of this pool of population is available with them. This creates a situation of cybercrimes. To protect the citizens from any harm, it was essential to ban those 59 most used Chinese Apps. The App Innovation challenge will help to regain the lost glory of the useful Indian Apps. India has enough potential to develop better Apps than China. Recently LG India has taken this initiative to make better Android phones within the same range of cost as the Chinese devices were. Just Like that, now the Indian entrepreneurs should come forward and make Digital India a successful campaign.

The outcome of this challenge will be huge, certain Apps in the market do not get so much recognition. This platform will allow the developer to reflect the clarity and potential of the local for vocal App. Whether it’s a gaming App or a cab booking App, modern-day technologies use digital devices most reliably. A single piece of the device can help the individual do shopping, perform gas booking, bill payments, and numerous other functions. The App will get national as well as global recognition for sure. We are going to lead the world.

Conclusion: Bharat App Innovation will help Make In India to be a successful campaign. Indians were using Chinese Apps daily. 59 Chinese Apps that are banned should be replaced by more powerful Apps that can help India achieve global recognition. Government is taking good initiative for motivating the youth who have the talent to create something productive and innovative for the nation. Atmanirbhar Bharat will start its journey through app innovation. More technical communities are gathered with this campaign so that a holistic approach is created. In this way, India’s economy can revive to a great extent.

Is work from home needs 24 hr availability in Indian Work...