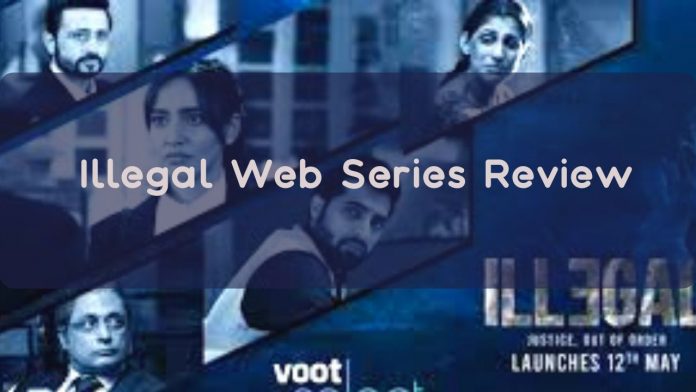 Whenever Indian audience think of courtroom web series, they think only drama and dialogues Tareekh pe Tareekh, and order order. In case of illegal web series that is streaming on vote, it breaks all courtroom stereotypes.   This is reason we have formulated a series of noteworthy points, which will tell you whether the series would be worth your time. Read on, and know what you are getting yourself into.

The story is pretty basic. There is one senior lawyer known as Piyush Mishra who hires a junior lawyer known as Neha Sharma to work with him in particular case.  Here things start to take the turn when Neha Sharma believes in justice in no matter what, whereas Piyush Mishra is someone who can compromise justice on the basis of factors like money, connection and power.

Since Neha is determined to go by the law books, she faces several challenges and fights a battle between conscience and duty.  Now this new web series on Voot, is vey devoid of any court drama, it focusses us a how a particular case can affect the mental health of a lawyer

Why should you watch illegal web series ?

You should watch this series, since it has some amazing plot twists.  The highlight is the rape scene where two lawyers namely the defendant and the accused battle it out based on the evidence and pure evidence only. There is no philosophy given or any theatrics, that you expect on every Bollywood drama. This one, is one of a kind and that’s what it makes it stands out from the rest.

How long are then episodes?

Well, each episode of this web series be limited to 30 minutes. So, you don’t spend 1 hour or 50 minutes watching episodes that are present in Netflix and Amazon prime.  Each and every episode has some heavy writing and that would automatically give your full attention, when watching each episode. Each episode will show you the reality of political judiciary system in our country

What are the audience Response for illegal web series ?

Some say that illegal web series voot cast begins on the positive note, but loses the interest when the drama shifts from the details. People say it would be interesting to see how the lawyers would have researched and collected the evidence.  Here we only get two people who are not telling the truth to each other. As per some, keeping secrets from each other does not provide a strong vibe in courtroom drama series

When you watch this series, you will get to see that the illegal web series voot cast have been positioned really well in the drama. Every character deserves as applause, since their acting is impeccable.

Most the illegal web series review that are present in the entertainment channels, have rated this show 3 upon 5.  So that means that show has a mediocre presence Infront the audience.  As a personal approach, I find that series could have been the series of the season, provided it had some adrenaline punch. Never the less the series  was a great attempt to show the dark side and the politics involved in the Indian Judiciary system

Is it worth watching?

The answer is a resounding yes, but don’t build high hopes when you are about to watch this series. Like they are nothing compared toy US courtroom dream like Boston legal or suits. The makers of this series have made a serious attempt to focus on evidence only, keeping the courtroom theatrics aside and that deserves appreciation.