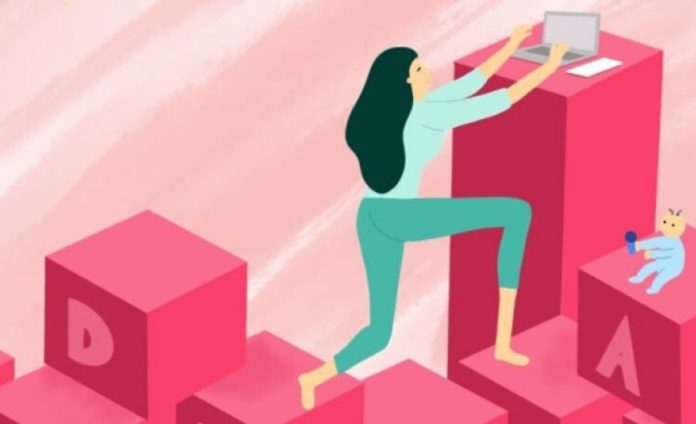 In a world where storytelling and creativity are being redefined every day and differently by different individuals; we have brought an inspiring story of a start-up, Fuzia for you.

This is a story of a girl, Riya Sinha, who at a very young age of 11, juggled through a thought to inspire the world and get inspired by the world. We have heard the idea of knowledge exchange and she took up this mere thought and shaped into a bigger reality for millions of women around the globe. She had one clear goal in her mind when her partner, Shraddha Varma joined her in 2015 to shape up their vision of women empowerment. Since then, there has been no looking back for them and for the team which has gradually grown to 35 from 2. Their social media family has 30 thousand users and 4million followers.

Fuzia was born to give women a safe and non-judgmental virtual lounge where they are motivated to channelize their energy and come up with something creative. As people grow and invest most of their energies in becoming financially independent; the passions and creative instincts take a back seat and Fuzia is here to remind all of us about it and to ensure that we don’t forget it any day; they keep running different engagements and campaigns.

Amateur writers have got paid projects via Fuzia and have become established authors today and there are several examples of the same. Their user testimonials second it. Fuzia has become a space of learning and earning both.

The technology has been utilized to the best of its potential, where free educational blogs and expert live sessions are offered to women who lack good infrastructure and a positive social construct. From students to housewives to working professionals and artists, everyone has found a place to unwind and learn from – their own Fuzia Lounge, as they call it.

Fuzia quotes that “No matter what you choose, you have nothing to lose”. That pays off in the crude sense that it has been able to empower women in a 360-degree spin.

There are live sessions where one can get expert opinions on different aspects of life ranging from entrepreneurship, women’s health, mental health and the overall wellness of people. Michelle Mras a TEDx speaker and an author, Rachitta Juneja a businesswoman, and many other influencers have joined Fuzia in this venture. 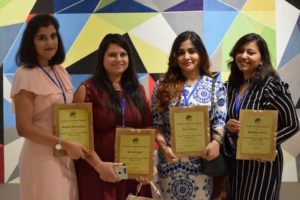 This journey of educating, celebrating and evolving has provided a motive for Fuzia- to let women know that they are not alone. The online availability has diminished the geographical aspects. Women from different countries like India, Pakistan, South Africa, Morocco, and others have found a nurturing and warm virtual abode for themselves. Creative interests and cultures are celebrated amongst their peers with the tokens of love. One never finds left out here!

The New Era Of Womanhood

It began to connect women globally and missioned to re-define feminism which is a complex concept in itself. Redefining it with a personal touch has to tap into the right notes. A polyphonously designed one succeeds and Fuzia has done it by hiring talents globally where women have a virtual office and a virtual home.

Fuzia came up with platforms like FuziaTalent and FuziaFest aiming to bring in more opportunities and hence, they are also conducting offline, experiential workshops, which they named as Fuzia Fests, wherein they bring industry experts onboard and train people in a one-day training to brush up their skills to the best of their possibilities. Fuzia TV has been the latest addition which telecasts interviews of successful entrepreneurs and influencers.

In 9 months, they have conducted 9 fests on subjects varying from Mental Health to Content Writing, from Art to Photography and Travel and Dance, which is commendable. Who says that engineering, banking and medicine are the only 3 options to earn money? Fuzia aims to redefine the boundaries a person surrounds herself with. A stress-free job is only real when it’s your passion. It’ll be interesting to see what Fuzia has in store for the future to offer the inquisitive and creative minds.

MWC 2019 : all expectations from the most awaited mobile show.