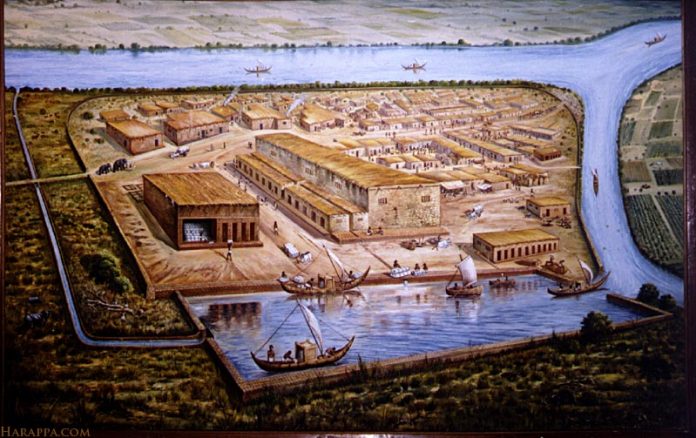 The government of India is planning to establish a National Maritime Heritage Museum at Lothal in Gujarat. It will act as an independent research centre for the archaeology of boat building, reconstruction of maritime history, etc.

A visit to Lothal, though a dream come true for ancient Indian history enthusiasts, is a walk-through ruin engulfed in an eerie silence. So, many have questioned the decision to set up India’s Maritime Museum at Lothal?

In order to understand this, one has to study history which is almost 4,400 years old. The archaeological evidence from South East Asia and the Persian Gulf presents us with evidence of the prominence of Indian maritime voyages even before 4,000 years ago. Amidst all such important ancient cities, Lothal of the Indus Valley Civilization stands out as the prime industrial centre, which had a dockyard as well.

Discovered by Indian archaeologist S R Rao, this small Harappan city in Saurashtra region was not just a residential town but it also housed a warehouse. According to evidence, Lothal was a vital and thriving trade centre in ancient times, with its trade of beads, gems reaching the far corners of West Asia and Africa.

“Isn’t it an amazing fact? It’s only logical to build our country’s first Maritime Museum in Lothal. Since it was a part of the major river system, chances are that we would get a chance to study about sunken ships, which can help us trade links with other countries, says Sanjay Dalmia, who is a renowned nationalist.

Dr Rajiv Nigam, head of the geological division of the National Institute of Oceanography (NIO) published a study of microbial organisms collected from the sediments of the structure. He says that the presence of planktonic foraminifera in material from the present study site indicates the existence of high tidal range during Harappan times.

Why today it is in a nondescript place?

It’s not just Lothal, there are many more ancient heritage sites like Thotlakonda in Visakhapatnam, Kesariya Stupa in Bihar, which is currently in a sorry state. Most of these sites have no parking space, cafeteria and lack of access to public transportation given their proximity to the ocean or remote locations.

Despite this, the significance of Lothal is paramount in Indian culture. Sensitizing local youth with a history of 4000-year-old civilization would have a really dramatic effect, making it both profitable and enriching for the visitors. So, choosing Lothal for India’s First Maritime Museum is not only a wise decision but also a dream come true for every history enthusiast, who associates well with the cultural values that come along with the world’s earliest known dock.

The right work environment is more important than ever in a 21st Century Workplace, feels Pincap MD Praveen Sinha

Tips to Help you Travel Australia on a budget