“Our ability to reach unity in diversity will be the beauty and the test of our civilization.”

India, a land of enormously diverse cultures and traditions has its own quirky ways to celebrate every occasion. As the 2019 draws to an end, the world, and its citizens, along with Indian People, will awaken to a new year, that surely will bring prosperity and joy. The Gregorian Calendar, which ends at 31st December, marks the celebration of New Year’s Eve all around the world, thanks to the predominant Christian society. But our nation, with its beautifully varied heritage, has a multitude of festivals marking the welcoming of new year.

The Indian traditional calendar, The Vikram-Samwat calendar, named after the much famous King Vikramaditya, ruler of Ujjain, who started this calendar, is a Lunisolar calendar that makes moon cycles along with solar months as the basis for dating. 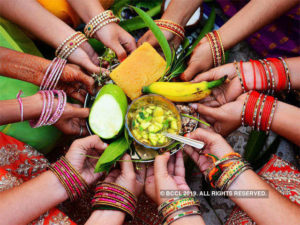 The states of dazzling Deccan, like Telangana, Karnataka and Andhra Pradesh, celebrate the new year in the form of Ugadi. This festival, usually falls in the month of March-April, according to Gregorian calendar and in Chaitra, according to Vikram-Samwat. Ugadi’s Maharashtrian sister festival, Gudi Padwa is celebrated by the Hindus and other communities of Maharashtra and Konkan region. It marks the day Lord Bhrama created the universe. Puthandu, which is also known as Puthuvarusham, is the new year celebration of the state of Tamilnadu, also is characterised by the making of beautiful Rangolis. It too falls in the month of Chaitra, hence is also called Chittirai Vishu in parts of southern Tamilnadu. 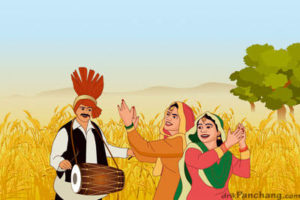 The prosperous state of Punjab commemorates its new year with the celebration of Baisakhi. The land of five rivers celebrate this festival as the birth of Khalsa, on 14th of April. People dance on drum beats, visit gurudwaras and a huge celebration is held at Golden Temple that is spectacle to be seen. Baisakhi 2020 is on Monday,13th April. 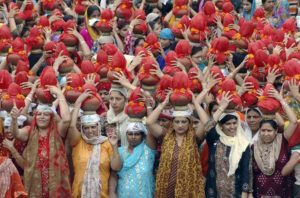 The Sindhi community celebrates its new year as Cheti Chand that falls on the first day of Chaitra month. Prayers of Lord Jhulelal are sung. Sweets are exchanged and charities are made. Cheti Chand 2020 is on Thursday,20th March. 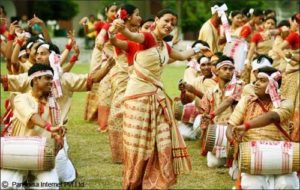 The biggest sister of the seven sisters of North East, Assam, celebrates its new year as ‘Bohag Bihu’ a colourful, musical festival that marks the beginning of Agriculture season, falling in the auspicious season of spring.

The land of literature and intellect, Bengal celebrates its new year, Pohela Baishokh, in the mid of month of April. Literally translating as the first day of Baisakh (the lunisolar month that falls almost around April) this festival was actually started in the time of Mughal Emperor, Akbar  who introduced new calendar in Bengal, that would start from Baisakh, to reduce agricultural tax. 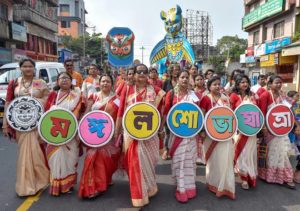 Our Indian culture, is as vivid as the oceans of the world. And truly it’s beauty lies in its much varied and colourful diversity.

Indian Edtech Startups Could Get A Huge Boost Due To China’s...