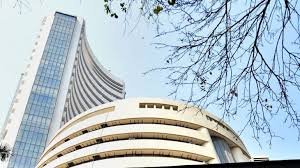 UPL, Mahindra & Mahindra, Titan, Cipla and Tata Steel,  were the top gainers, between 0.60% and 0.98%, whilst those top of Nifty were Bharti Infratel, Axis Bank, Zee Entertainment, Bharti Airtel and Wipro, between 0.42 per cent and 0.82 per cent. TCS, ICICI bank and SBI came out to be the top gainers in Sensex. Gains in auto and metal shares haven’t been much owing to the weakness in energy stocks. Equities in other Asian markets were largely monotonous, with MSCI’s broadest index of Asia Pacific shares outside Japan last up 0.04 per cent. The Japanese stocks faced eight sessions of intraday weakness, largely due to an expected US-China trade deal. The Nikkei 22 index took gains upto 19% for the year.

The domestic stock markets have broken multiple records this year with the S&P BSE Sensex index peaking at 39,000, 40,000 and 41,000 for the first time ever. This has been the result of quite a few factors; full rebate of individuals with an income up to Rs. 5 Lakhs, the imposition of higher taxes on foreign investors and then the market was took in surprise by the corporate tax cut.

The S&P BSE Sensex index , as of Monday, has so far this year risen more than 15 per cent (year to date), which implies that the index is set to clock its best annual gain in past two years. The NSE Nifty has registered a gain of nearly 13 per cent during this period. Last week, it broke a chain of records to hit an all-time high of 12,293.90, seven months after crossing the 12,000 mark for the first time ever in May 23, 2019. Bajaj Finance, ICICI Bank and Bharti Airtel emerged as the top percentage gainers on the index, with 56.46%, 51.88% and 43.70% respectively. Although this voyage has been led by large capital stocks whereas their mid capital and small capital counterparts have underperformed than their peers.

Failure in filing of GST return could lead to the ceasing of your assets.