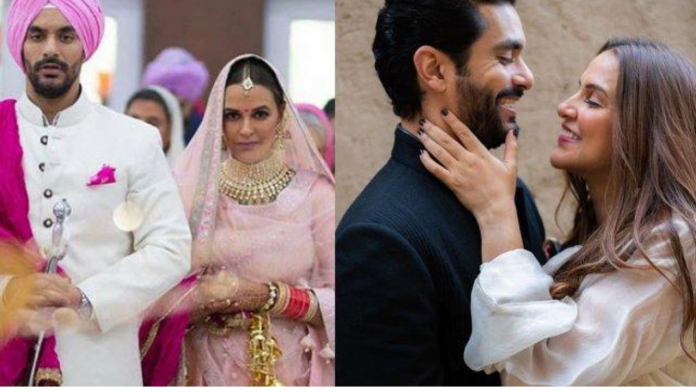 Roadies Revolution’s gang leader Neha Dhupia was seriously trolled because of the past couple of days. After Neha broke her silence with this matter and gave it back to the haters, her actor-husband Angad Bedi has come from wife’s service.

In a Roadies Revolution episode, a contestant was telling the judges that he slapped his girlfriend. Her girlfriend was cheating the boy over five boys. So he slapped her on in front of her five boyfriends. Neha Dhupia was shouting at the boy, and she said that its her choice. Its her decision on how she wants to live her life. Maybe there is a problem with you(to contestant). Further, she said perhaps there is a problem with you.

Further, Nikhil Chinapa, one from the roadies judge, was bullying the boy and teaching him lessons over woman respect. Meanwhile, he was bullying boy with Motherf**k and other words.
People were slamming Neha Dhupia and Nikhil Chinapa on being biased and using the bullying word.